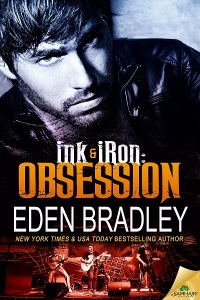 He could have it all… but all he wants is her.

During his soaring career as the lead singer of indie-rock band Ink & Iron, Cole Kennrick has been through it all: sex, drugs, and rock and roll. Overindulging until he lost what mattered most.

Now he’s pulled his life together and left his addictions behind, except for one: his ex-wife, Janie. If only he can convince her their love was—still is—the real thing.

In the seven years since their divorce, Janie has kept tabs on the only man she’s ever truly loved. The one she had to leave in order to save herself. Still, dark and often kinky desires they explored together linger in her dreams and fantasies.

Janie has seen up close and way-too-personal that rock stars are bad, bad medicine. But when Cole shows up at her yoga studio, clean and sober, his leather-and-motorcycles scent teasing her senses, it’s way too tempting to slip right back into the one place she swore she’d never risk again—his arms.

Janie inhaled deeply, exhaled slowly and lowered her body, bending at the waist until she could place her hands flat on her yoga mat.

“Everyone remember to breathe as you press hands and heels down into the floor, stretching the hamstrings…good. Gently rise up until you’re back in mountain pose, then reach high overhead with both hands, stretching…and bring both hands into prayer position in the center of your chest, head bent. Pause to inhale, exhale.” She straightened up and glanced around the room to see how her students were doing. “Now bring both arms up overhead again and…”

What the hell was he doing in her class?

She caught herself wanting to lean toward him to catch a hint of his scent: leather and motor oil from his motorcycle—he’d always had a motorcycle—and that little bit of something spicy and earthy that was him.

His skin. His hair. His mouth…

She blinked. Her class. What had she been saying?

“…inhale, lowering your arms until you touch the earth. Let it ground you.”

Please let it ground me.

Had he seen her blanch?

“Let your breath out slowly as you step back with your right foot, coming into Warrior pose. Lift your arms and breathe.”

If only she didn’t look at him again she’d be all right.

“Inhale, and straighten the left leg once more, exhaling as you bend. Good. Now let’s bend the right knee down to the earth, straighten up and place your hands on your hips…”

She was looking right at him—she couldn’t help it. And he was staring back at her; those mesmerizing ice-blue eyes gleaming even from the back of the room. Those eyes…and his tall, lean body, every muscle perfectly carved, his shoulders almost too broad for his frame. His right arm was completely tattooed now—a full sleeve in bold colors. His chest too, from what she could see—all black and gray work. God, she loved tattoos on a man.

She blinked, tried to breathe.

She would finish the damn class despite his presence. Despite the sheer male beauty of him lurking at the back of the room in nothing but black basketball shorts and a simple white ribbed tank top that managed to look sexier on him than on any other man alive.

She focused on the painted Japanese shoji screens behind him and continued with the instructions she knew by rote, thank God. Still, the hour-long class seemed to last at least a month before she reached the final pose.

“Bring your hands together in front of your heart, palms together. Bow your head and give thanks. Namaste.”

“See you all next week.”

She stood and began to roll up her mat, her gaze firmly on the polished bamboo floors she’d had installed in her studio, Om, when she did the remodel last year. They were softer on the feet.

His feet, right in front of her.

She inhaled, her eyes closed for several long seconds before daring to raise her head. Yep. He still smelled the same. And her body still responded with a slow, trembling heat that began in her middle and spread…everywhere.

She met his gaze and goddammit his eyes were still that glossy silvery blue that looked as if they’d been cast in glass, framed by dark, long lashes.

It made her hot all over and mad as hell that he could still do this to her just by showing up. Just by breathing.

“What the fuck are you doing here?” she demanded quietly from between gritted teeth.

“We were at Sonny’s funeral, Cole!”

He ran a hand over his crop of dark hair. “Come on. I know that. That’s why I left it alone once you made it clear you didn’t even want to say hello.”

“So you just decide to show up at one of my classes?”

His fingertips swept over the dark stubble of his goatee. “I didn’t know where else to find you,” he said quietly.

“I thought that was the point.” Anger was a fire blazing inside her. She’d had no idea she still had so much of it in her. Toward him. In general. Apparently training all these years as a yoga instructor hadn’t afforded her the inner calm she’d been striving for.

All these years. Seven years since she’d left him—and she hadn’t seen him face-to-face since the divorce. Not until the funeral. She’d been so raw and angry and hurt that day she couldn’t bear to face him. She’d literally turned her back on him and walked away when he’d looked as if he might approach her.

She looked up as the next session’s instructor came in.

“Oh, sorry, Janie. I was going to set up for my Kundalini class. Am I interrupting?”

Her look silenced him and she grabbed his wrist and began to pull him from the room, trying not to notice the soft hairs on his forearm, the muscle flexing there beneath the gorgeous ink. “Come on. We’ll talk in my office.”

She moved as quickly as she could down the hallway, pushing open her office door and letting him pass through before shoving the door shut behind her. Leaning back against it, she took a breath, trying to control her shaking legs.

I received a free sample of Emergen C to try the new flavors.  Due to my flavor likes and dislikes, I have only tried the Strawberry Kiwi and orange.  They both taste OK, but my favorite would be the orange.  I liked mine with extra water and ice & I used a straw to mix it.  I found with a good mix it incorporated well into the water and there were NO chunks of mix.  I enjoyed that because no on wants to drink chunks.  I recommend that you try the brand. 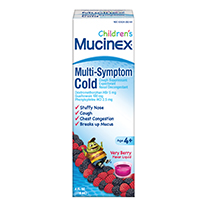 I recently had a chance to try the Children’s Mucinex Multi-Symptom Cold.  We have had a very cold winter and along with the cold came a lot of sick kiddos.  I am a fan of the brand since I use the adult formula, but this was the first time trying the Children’s.  I was so glad I had it on hand, within 15 minutes to half hour after using the Mucinex we noticed an improvement right away.  No more runny nose and no side effects either.  No one got drowsy, and no one had that medicine head feeling.  I will definitely keep this Mucinex on hand for the future.

SOURCE: I received a FREE sample to try, all opinions are my own and not influenced by receiving a sample.

SOURCE: I purchased this for my personal collection.

It’s springtime in Savannah, the azaleas and magnolias are in bloom, and Reagan Summerside’s consignment shop, the Prissy Fox, is bustling with customers out to enjoy the beautiful weather. On a day like today, what could go wrong?

As a mortician beautician and housekeeper, Mercedes is no stranger to corpses or messy bathrooms. But the last thing she expects to find in a client’s bathtub is a dead body! Now she’s a murder suspect and it seems like her life is going down the drain. She turns to local lawyer Walker Boone to get her out of hot water.

But Walker has his own surprising connections to the dead man in the tub, and now he needs Reagan’s help to clear his own name—and keep him alive…

Includes a preview of the Consignment Shop Mystery, Demise in Denim.

Praise for the Consignment Shop Mysteries:

“Brown deftly spins the tale of Reagan’s many misadventures while sleuthing, fills her story with Southern eccentrics, and offers up a magnolia-laced munificence of Savannah color.” —Richmond Times-Dispatch

“A hilarious romp through a consignment shop where customers may end up with more than they bargained for.” —Janet Bolin, author of the Threadville Mystery series

Duffy Brown is the author of Pearls and Poison, Killer in Crinolines, and Iced Chiffon in the Consignment Shop Mystery series. She has two cats, Spooky and Dr. Watson, and works at a consignment shop when she’s not busy conjuring up whodunit stories.

Dead Man Walker gives a glimpse inside the head of Walker Boone.  Walker a lawyer in Savannah, a one time gang member is once again thrown in the middle of a murder.  This time it’s not just Reagan getting into trouble.  Boone found himself in a bit of trouble.  It looks like someone seems to want him out of the way, but why?  Will Reagan save him this time?

I have been a cozy fan after reading my first Duffy Brown book, ICED CHIFFON.  I had to purchase this book because I was excited to get Boone’s point of view.  The author did not disappoint.  The book was a taste of the great mind of Walker Boone.  I can’t wait for the rest of the story to come out in the book Demise in Denim which is available in April of 2015.  This is another great read from Duffy Brown and I highly recommend you give it a try.

Passion. Mystery. It all collides in the breathtaking conclusion to the INSIDE OUT series by Lisa Renee Jones, ALL OF ME! He’s rich and famous, his past dark, but so is hers. Can they save each other? Or will the darkness tear them apart?

INSIDE OUT Series – in development for TV

Haven’t started the INSIDE OUT series yet? Get the first 4 chapters of IF I WERE YOU plus BONUS CONTENT FREE for a LIMITED TIME ONLY!